Embark on a Musical Voyage!

CAPTAIN & THE KEELS! An all-star lineup of musicians from the Raleigh/Durham/Chapel Hill Triangle of North Carolina — serving up the very best of West Coast smooth "Yacht Rock," right here on the East Coast.

Remember a time when ‘Smooth’ ruled the musical universe? After the angry protest songs of the 60’s, and before the gansta’s raging rap of the 90’s. When Boz Scaggs, Kenny Loggins, Christopher Cross, Toto, The Doobie Brothers, Michael MacDonald, The Eagles, Hall & Oates, Michael Jackson, Steely Dan, and Chicago all jumped into a giant Hollywood recording studio’s waterbed together, and incestuously made ‘smooth, not war.’

As a result, “Yacht Rock” dominated the airWAVES for a decade — then, suddenly, sadly, disappeared smoothly over music’s fickle horizon. BUT, alas, an entire generation of smooth music lovers, having previously walked the plank of modern radio, are rising up from the dark, bottomless depths of punk, rap, electronica, trance and death metal...and, sailing to their rescue...CAPTAIN & THE KEELS!

Dance the night away, sing along, or chill out on the decks of Captain & The Keels yacht of smooth, to the hits of your favorite Yacht Rock artists from that incomparable decade of smooth.  There is no skimping on the original sounds with this band.  With five horns, a half dozen vocalists, and percussion galore, this is the most authentic yacht rock revue in the country . . . and you'll recognize every note, even if you're three sheets to the wind.

Yah Mo B There?

News from the Atlantic

Captain & The Keels and the movie Caddy Shack at the Raleigh Road Outdoor Theatre September 2nd. Gates open at 7:00 PM

Come join Captain and the Keels at the Raleigh Road Outdoor Theatre for Live Music & the Movie Caddy Shack!

It’s really happening! The best of Yacht Rock by The Captain and his crew. The smooth rock classics of Steely Dan, Christopher Cross, Boz Scaggs, Toto, Michael McDonald, and more.

Load up the family and bring your lawn chairs, sailor hats, deck shoes and join us for a great night of live music and movie under the stars. Tickets as low as $19 per carload!

Captain & The Keels via The Wall Street Journal

Even the Wall Street Journal understands the Seven Seas of Smoothness known as "yacht rock." 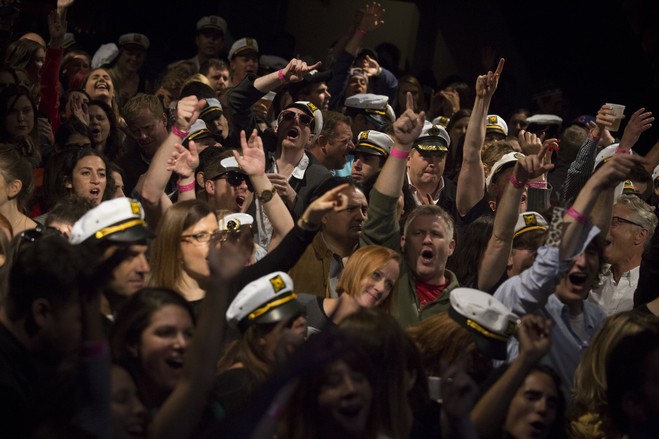 Can You Sail to It? Then It Must Be ‘Yacht Rock’

A few years after his 1980 hit “Steal Away,” Robbie Dupree wondered if the phone would ever ring again. For a star of one of the era’s biggest musical genres, the momentum had stopped. “There were four, five years I couldn’t get arrested,” he says.

But these days, he and soft-rock contemporaries like the bands Ambrosia (“How Much I Feel”) and Player (“Baby Come Back”) have the wind in their sails thanks to “yacht rock,” a rebranding of the smooth-music genre from the ’70s and ’80s. Mr. Dupree, long accustomed to gigs with a few hundred attendees, marvels today at crowds in the thousands at yacht rock-themed shows.


Can You Sail to It? Then It Must Be 'Yacht Rock' - WSJ
‪#‎captainandthekeels‬
‪#‎yachtrock‬

DUE TO SEVERE WEATHER FORECAST, EVENT DATE RESCHEDULED TO OCT. 17th!Symphony Park in Charlotte has it's stage ON THE WATER -- making sailing for the Captain and his crew even better!! Yep, smooth sailing with the smoothest tunes ever created, as you sip and sample the smoothest of NC's vines.The gates open at 11am . . . and Captain & The Keels should hit the stage around 2pm, bringing you two hours of the best yacht rock tunes in the universe.Great Grapes! is Charlotte’s premier casual wine tasting with HUNDREDS of wines available for tasting. Take your souvenir tasting glass as you enter the festival and stroll from tent to tent and table to table tasting and sampling the rich heritage of North Carolina vines. As you sip and savor the afternoon, relax in the beautiful setting of the Symphony Park at SouthPark Mall.

OMG, OMG, OMG! (Too many "OMGs?") Anyways… The Captain navigates his 'yacht rock' ship to Durham this Friday.  The weather man says it's going to be smooth sailing all the way to historic Brightleaf Square for their first appearance as Captain & The Keels. (Yeah-- you know their alter ego, Bull City Syndicate, is already one of Brightleaf's favorites.)

What is "yacht rock," you say? Well. . . only the smoothest musical sounds ever created by the likes of Steely Dan, Toto, Michael McDonald, Boz Scagges, ABBA, Chicago, Christopher Cross, and so many more.

Come join the Captain and his crew for a 7pm to 9am performance -- but get there early, and grad some scrumptious food and beverages at one of the many great restaurants in Brightleaf -- then stake out a prime spot for the Smoothness.

Captain & The Keels welcome back to Raleigh the reigning power pop monster himself, and hometown boy done good, Greg Pope & The Popmonsters, on August 14th. What could possibly be better than a power pop sandwich between two slices of yacht rock? Hmmm? I'll tell ya what: Nothing!!

That's what. Yep . . . Captain & The Keels will open and close the night, with Greg Pope & The Popmonsters featured in the middle.

Oh? What's that? You don't know Greg Pope? Then you best click here, and prep yourself with lots of great tunes and reviews:

Doors will open at Deep South the Bar at 7pm, then: